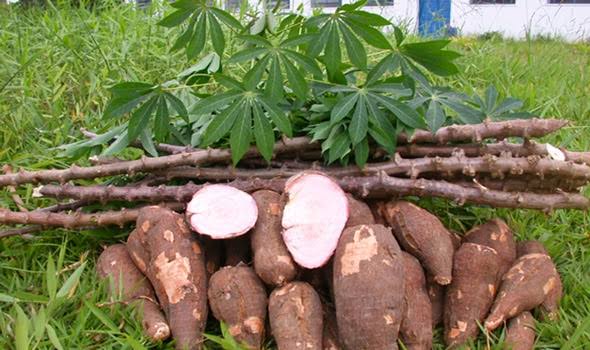 Amidst efforts to boost cassava production, scientists through the NextGen Cassava Project have released five improved cassava varieties to the delight of farmers.

The newly released varieties were designed to have a significant impact on food security, and enhance farmers’ income, agro-industrialisation, and employment in the country, and more widely in Sub-Saharan Africa.

The Project Director, NextGen Cassava, Professor Chiedozie Egesi, while speaking at the Annual Project Meeting in Abuja disclosed that the project, which has been ongoing for about 10 years has trained about 12 scientists on improved cassava breeding techniques.

He added that the NextGen Cassava Project has trained about 40 scientists across the five continents where the project is being implemented – Africa, Asia, Europe, North America, and Australia.

Egesi disclosed that the five new varieties were released in the last one and a half years and are currently being introduced to cassava farmers across Nigeria, adding that they are also showcasing the new varieties to other African countries to showcase the good work done by the scientists.On how they are ensuring that the technology gets to the farmers, the project director said that the project was being implemented by the International Institute of Tropical Agriculture (IITA) and the National Root and Crop Research Institute (NRCRI) who have in turn partnered with seed companies to produce the cassava stem and make them available to farmers.

Egesi added that to create awareness about the new varieties among farmers, they did a product launch in Kogi and Benue states, disclosing that they plan to introduce the product to South East farmers during the 2023 rainy season.

The Permanent Secretary, Federal Ministry of Agriculture and Rural Development, Dr Ernest Umakhihe, while declaring the meeting open stated that although Nigeria is the largest producer of cassava globally, with an estimated annual production of over 60 million metric tons, it is yet to benefit from the comparative advantage.

He noted that for this to happen, there was a need for concerted efforts by all stakeholders to facilitate the genetic improvement of cassava and to realise its potential yield level in Nigeria.